After months of exhaustive research, this is what I have gathered. There is this clown who lives in Erie, let's call him the Self Promoter, and he was married to that girl with all that shit on car. As far as ignorance and naivety go, they were a happy couple. 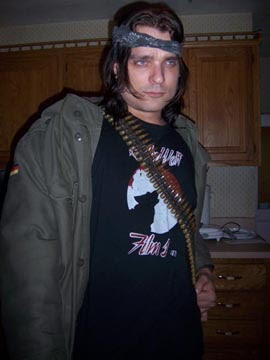 This is him, the Self Promoter. Modern day warrior, full time imbecile. 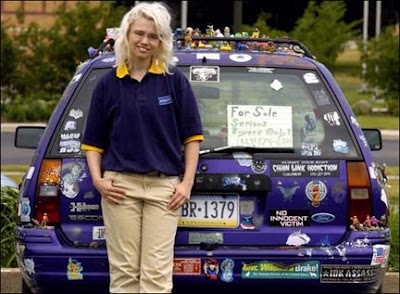 And the female in question. She married the Self Promoter. Her parents obviously didn't care about anything. They were probably religious... 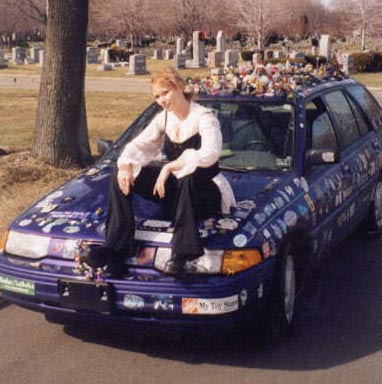 So this bizzo drove around in that purple Escort with all the crap on it. The flashy vehicle was rumored to be the brainchild of her husband, the Self Promoter. Unbeknown to both of them, a dark figure was lurking in the shadows, watching them both. This midnight maniac had developed a penchant for Self Promoter's wife, and would stop at nothing to secure her trashy loinage. This mysterious man's name, as you already know, was Scotty Colt! 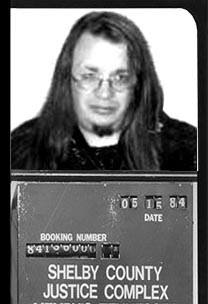 Scotty Colt was an ill-described "old Goth dude" with an insatiable appetite for all things sex. It didn't take long for this perverted purebreed to wrestle the woman away from the Self Promoter. 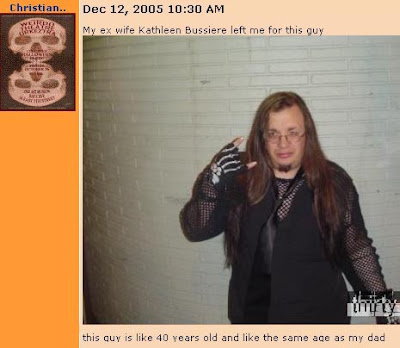 But Scotty Colt took things one step further. After humiliating the Self Promoter, he embarked on a smear campaign against the lispy Canadian faggot and issued many comical images to anyone with a computer. 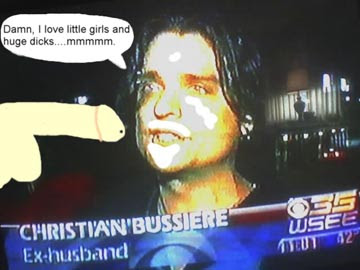 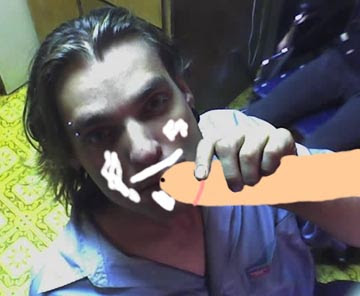 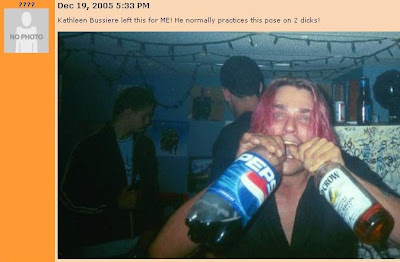 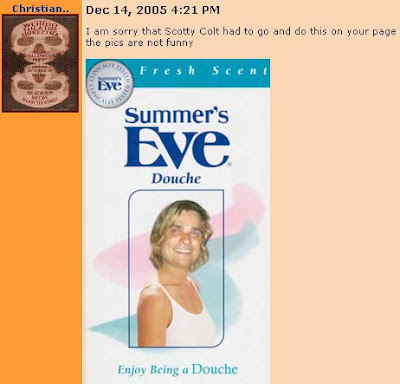 photoshop work by: Scotty Colt
But there was a public outcry to these humiliation tactics directed toward the Self Promoter. Dozens of school-aged boys expressed their dislike for the prince of darkness. 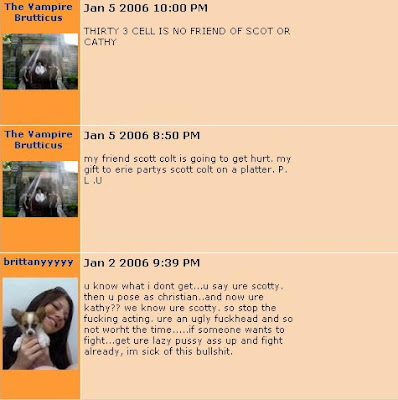 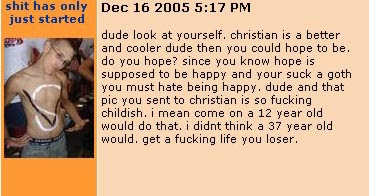 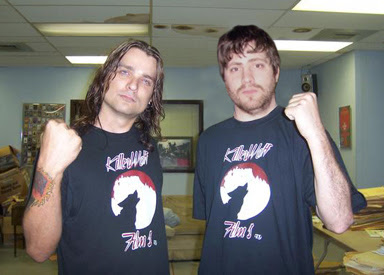 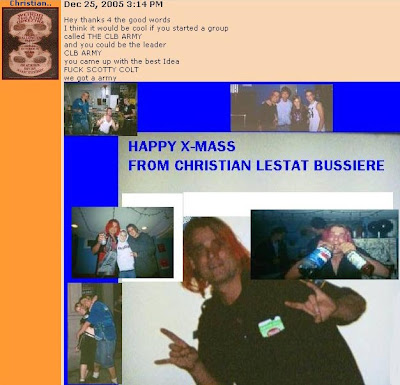 It seemed as though albeit down, the Self promoter was not out. His fans loved him and backed him 100%. Scotty Colt has since become a recluse, but will always hold that one key victory over the Self Promoter. But one might ask, was this bitch really worth it? 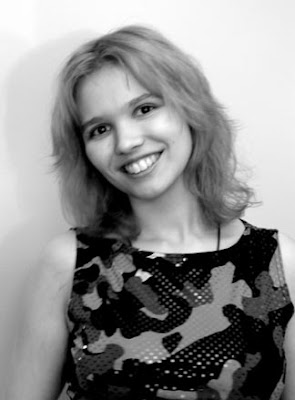 Posted by foodedge No comments: