The Evolution of White Trash Style

Like the old saying goes, “Don’t judge a book by it’s cover” but if the cover depicts some fleshy oily beau-hunk hero with a cowardly mane and suspenders and he’s fighting some raging inferno and there’s some foxy chick on the 13th floor of the burning building with her juggs hanging out, then it’s pretty safe to make an assumption of the novel’s storyline.

With that being said, it has always been apparent to me the visual showcase that America’s white trash prominently display. I remember as a young child riding in my parents Ford LTD. Being the youngest of three children, I always had to travel in the middle of the bench seat, or “bitch” as Dropcho dubbed it in 1993. Although sandwiched between two bickering siblings, I did have a fairly decent view out the front windshield due to my lil’ booster seat. When I wasn’t singing along with the radio or getting burned by the super hot pleather car seats of summertime, I would look at the surrounding cars and take notice of bumper stickers, window signs and mud flaps. But whenever Yosemite Sam, that handsome, red mustached roughian and a card carrying member of the Looney Toons, showed his fuzzy face, I seemed to notice a pattern every time I saw him. 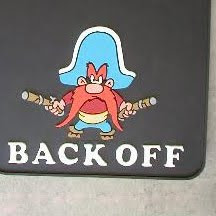 He was always adorning mudflaps of really shitty American made trucks. His unspoken message was direct and to the point. He may seem tame by todays standards, but when I would see that varmint with his dueling revolvers and bushy eyebrows, glaring at me like I just semented his first born daughter, I would shyly avert my attention elsewhere. Occasionally, those mean-ass mudflaps would warrant a “cafeful dad” if I felt that my father was driving too close to the truck ahead of us. This was my first memory of white trash symbolism, or even iconic representation if you will. Luckily I was attentive enough to follow the progression thru my days. 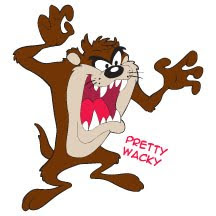 When Taz burst onto the scene is 1992, he literally jumbled the white trash world like the whirlwind that he is. Where Yosemite Sam was merely an auto detail, Taz had worldwide appeal. The Tasmanian native was known for his destructive antics and ferocious appetite, to which your average Joe Nascar and Bobby Bootlick could relate to. T-shirts, keychains, collectable toys, feature length cartoons, cookies and toilet seats were just a few of the crappy products that this drooling dickhead endorsed. 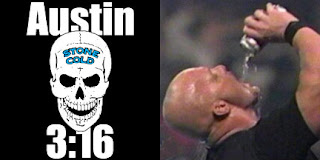 Taz seemed poised to take the imbred, racist, deadbeat fucks of our country into the new millennium but was humbly overthown in late 1997 by WWF wrestling champion Stone Cold Steve Austin. This cursing, asswhupping, beer-chugging, bald badass again played the relative redneck card to familarity and popularity. Millions of dudes across the country shaved their heads and beat the fuck out of their wives and it seemed that Americana was being reinvented. Due to a chronic neck injury, Stone Cold recently retired as an active wrestler and thus, a new symbol of white trash was needed. 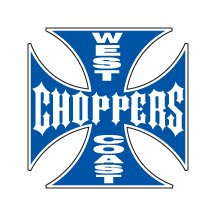 Enter West Coast Choppers, once a small custom motorcycle fabrication outlet based in Long Beach, CA but after a documentary on the Discovery Channel, the brand quickly bloomed to encompass a hit television show, mix CD’s and a line of clothing produced in China and carried at Wal-Mart. Now every dirtbag gearhead in America swears by the West Coast Chopper name and as soon as they find a way around child support payments, they’re gonna get themselves one of them bikes.
I’m sure this vicious white trash cycle (no pun ntended) style will continue to spread, must like the legs of the whorish cunts in Imperial Point trailer park…and you bet that I’m gonna be there!
Posted by foodedge