Jocks in the Workplace

Autumn is cool. Not just in the literal sense, but the changing season produces a brisk-yet-comfortable atmosphere which would be damn good weather to take a dog for a walk. I enjoy driving over the railroad tracks and seeing a patchload of smashed pumpkins, I like packing a freshly picked apple in my lunch everyday and I’m all about stopping at Mason Farms for a jug o’ cider on a Saturday afternoon. This is THE time of year…But much like the nine pieces of Sabo’s pizza that I had for lunch today, SOMETHING is unsettling me…My newest pet peeve (not to take anything away from people clipping their fingernails in public) is Fantasy Football. FAACKKK!!!


I admit, when I was a youngling, I used to enjoy watching football with my dad. It was never a life-or-death, edge-of-your-seat event, it was taken at face value for what it was was, entertainment. There was never the urge to yell and belittle the television with cries of “ohhh…come on!!!” and “what are we paying you for?” I never questioned “coach’s” decision or talked shit on the referee. And never have I ever referred to my favorite team as “we.” (i.e. “We should have went for it on 4th down during the Brockway game”) Anyone who spews these phrases obviously have the scent of schlong on their breath, but 21st Century toolboxes have rammed it into a new level.

Fantasy Football is gayer than Freddy Mercury’s boner. From what I gather from my sophmoronic co-workers, Fantasy Football is when individual players on professional teams get points for whatever the fuck they do, and if that prick is on your “Fantasy” team, then you win?


I honestly don’t care, but tracking and recording every move, nudge and notion of every player totally sucks the fun out of the whole experience. When I watch the Outsiders on DVD, I’m not curious about how much money Rob Lowe got paid for his role or the clause that Patrick Swayze had in his contact in the 80′s that in every movie he was in, he had to have at least one scene where he was sans shirt.


I suppose everyone has different hobbies, interests and ways to relax, but dude, shut the piss up, stop drinking your lite beer and wash your freekin’ hands after you take a piss!
*it’s a fact, jocks don’t cleanse their hands post-urination. 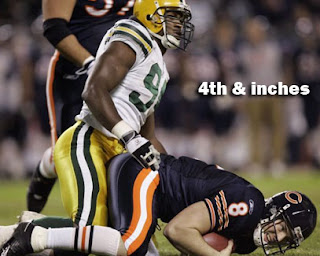