Modern America Culture Must Be Destroyed

“When walking in open territory, bother no one. If someone bothers you, askhim to stop, If he does not stop, destroy him” -Anton Szandor LaVey

Tuesday morning, 11:39 am. I was working quite assiduously within the confines of my 8′ x 8′ cubicle, my Yoda statuette gazed upon me from atop my computer tower as my picture of Nick Nolte hung from my wall, lighting my path for work eternal. I had just reloaded my stapler with a fresh hundred and was en route to the drinking fountain to fluid up.

As I mazed thru the aisles, I could mildly hear different songs being pumped out of personal radios and stereos. Around the first turn, I could vaguely make out “Heart & Soul” by Huey Lewis which unintentionally bleed into a shitty Michael Bolton ballad as I trekked on. Nearing the H2O dispenser, I was even greeted by some Billy Idol, to which I pointed at the desk jockey and uttered a felicitous “Nice!”

Absorbing the stray water droplets with my sleeve, I began to walk back to my desk. As I turned a corner, I was met by an immovable roadblock, a 450 pound heathen tenderly referred to as “Big Cindy.” Wide as the mobile home she was born in and thicker than Eugene Levy’s eyebrows, Big Cindy’s sheer mass and glacier-like movements detoured my path to another aisle.

As I returned to my cube, a cruel and unfeeling sound caught my ear. It beckoned my aggression like a 30 point buck on the first day of deer season. There was no musical force being projected, just the revolting, pierced-nipples-scraping-a-chalkboard sound of southern drawl chatter and canned laughter. Distracted from my work, I tried to ignore the broadcast. With each passing second, the volume seemed to increase at a feverish pace. My once docile temper was now starting to blaze, like an inserted tampon dipped in Tabasco.

As time elapsed, the audio became more vivid. I could distinguish words, phrases and again, the atrocious sound of a laugh track. I looked down at my hands. My fingers started to curl, nails angled toward my palm as if I was clutching an invisible hush puppy. My chin stiffened and my lips formed a sneer that would make Charles Bronson move out of my path. My eyebrows angled downward, mimicking a pair of devilish arms stirring a kettle of witches brew. I couldn’t tolerate it any more…
I stood up, at full attention, ready to go to war. I can respect and admire those who fight for a worthy cause that they wholeheartedly believe in. Thru the course of history, many men have died in the line of duty, ensuring freedom and independence for their fellow man. I was ready to do the same, torid the office of this ghastly noise. Then I remembered this past Saturday night and the delicious Mad Anthony’s Ale that I consumed. I recalled the deathless quote of General Anthony Wayne, “I’ll storm hell if you only plan it.” These were enlightening words from the wise warlord. I should contrive a course of action, to forge a fool-proof assault to rid and waste this audio annoyance.
The duty was carried out with the professionalism and military precision of a sideburned Eisenhower. Undetected and unseen by the opposition, like a “kick me” sign on a sixth-graders back, the mission was deemed a complete success.

Later on in the afternoon, after returning to my homebase, I properly and inhumanely disposed of the enemy. The feeling was euphoric. Too intense for bliss…too passionate to be merely gratified. No longer would I be belittled by these barking backwooded buttfucks. This was it. The commodore of the Bearded Infantry had sounded defeated General Cleanface in the battle of Widows Peak. I knew that with my actions, I indirectly assured that the south would never rise again. 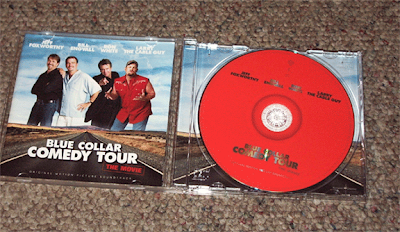